My black history was not white enough for the University of Arkansas at Fort Smith.

It's me the President of the Black Independent Party. Robert  Gilyard.

First black man to get a law degree from the University of Arkansas at Fort Smith in 2007. The first class that graduated from the college.. I am black history in Fort Smith Arkansas. But the whites at the University of Arkansas is bringing their own form of black people to represent our city and they're supposed to be representations of black folks from our city. How can I respect my Alumni when I see the same issues that were there when I was a student. These black folks don't do nothing but go to a college. Then go home. They ignore us. But they are the white people's favorite. Now we have to listen another year and watch them applaud them people that don't give a fuk about us. Because that's how black folks are in this area. They're just like white people they just have black face on. Over a hundred years our people in this town are ignored. And when we finally get a little bit of attention. White throw out of town blacks in our faces like we are supposed to like them. No. Fuck University of arkansas-fort Smith. The protest is on. Your advisors  told me that blacks dont graduate law in Fort Smith in 2003. I proved them wrong. This Black Independent Party has over 500, 000 viewers while u pander to white blogs that barely have 50000. I am the Black Lion  u hide in the kitchen. You will be ashamed when the world comes ask in for that Black Lion you ignore.. Because the world sees how beautiful I am..

United States Adjustments to ISIS CJA/454 Robert L. Gilyard September 2, 2014 Gary Howard United States Adjustment to ISIS This paper is an analysis on ISIS terrorism and how the American criminal justice system can adapt to the rising trend of terror. Suggestions to change the situation, proposed changes, positive, and negative effect of the change examination. Explanation and proposed usage of criminal justice management support, financial, training, and human resources tools available to combat terrorism. Situation: ISIS ISIS is a new organization with origination from 2006’s Islamic State of Iraq (ISI). The disbanding of Al-Qaeda organizations and other terror groups combined their resources and financial avenues into a new terror group called ISIS. They are not a new organization; it is a combination of the failed ones. The American media outlets are aiding in their emphasis on image terror. Using Bin Laden’s terror playbook and how he used video and random acts of ter
Read more 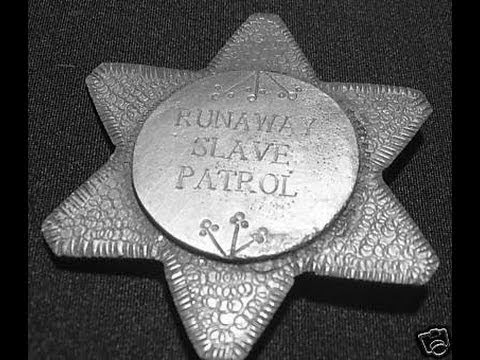 First Of, I would like to thank all the people of different races that help us celebrate our freedom because my own people will not celebrate it in fear of upsetting whites and their feelings. Juneteenth means more to me than it does most of the people of my race because I know the historical background of it. My ancestors were the first victims of police brutality. I have been harrassed by police officers who have told me "They love getting Nggers like me." I have been arrested falsely several times and police have physically attacked me. There have been time where they have attempted to beat me to the ground. I stood my ground and never resisted. I always took my beating like a strong Black man while I watch others cry about police officers that talk to them the wrong way. I am not better, I am stronger. They fear that attribute about me. They will not get me to lose my self control and it frustrates them utill they have to be violent and create fake charges of crimes. Sla
Read more

United States Adjustments to ISIS CJA/454 Robert L. Gilyard September 2, 2014 Gary Howard United States Adjustment to ISIS This paper is an analysis on ISIS terrorism and how the American criminal justice system can adapt to the rising trend of terror. Suggestions to change the situation, proposed changes, positive, and negative effect of the change examination. Explanation and proposed usage of criminal justice management support, financial, training, and human resources tools available to combat terrorism. Situation: ISIS ISIS is a new organization with origination from 2006’s Islamic State of Iraq (ISI). The disbanding of Al-Qaeda organizations and other terror groups combined their resources and financial avenues into a new terror group called ISIS. They are not a new organization; it is a combination of the failed ones. The American media outlets are aiding in their emphasis on image terror. Using Bin Laden’s terror playbook and how he used video and random acts of ter
Read more

we need to amp up the pressure on Senate Democrats

Black Independent Party, When asked recently about passing H.R. 1/S. 1, the historic voting rights legislation in Congress (also known as the For The People Act), Senate Majority Leader Chuck Schumer said this: “I would say the deadline for S. 1 is …   probably by August   or so. We’re consulting with experts. When is the latest that S. 1 can undo some of the despicable and frankly racist changes that some of these Republican legislatures have made?” That’s not only a deadline for passing critical voting protections for the entire country; it’s a deadline for getting rid of the filibuster   — because we can’t pass S. 1 through the Senate without doing away with the archaic, racist filibuster. Justice Democrats has been working hard with progressive lawmakers and groups like Sunrise Movement to end the filibuster. Senators Bernie Sanders, Elizabeth Warren, and several other Democrats have voiced support for getting rid of it. But the clock is ticking, and we need to amp up the pressure
Read more

Black, Representative Cori Bush and I, in partnership with dozens of our House colleagues, recently sent a letter to President Joe Biden urging him to commute every single federal death sentence and abolish the death penalty once and for all. Will you add your name right now to our petition to Joe Biden calling on him to commute every federal death sentence and abolish the death penalty? Every signature will be sent to President Biden’s team, so your voice will make a difference. Add Your Name Our criminal INJUSTICE system is racist, xenophobic, rogue, and fundamentally broken.  State-sanctioned murder is not justice, and it never will be. President Biden has the power and moral authority to act: he can commute the sentences of every person who is currently sentenced to death under federal law and finally end the death penalty once and for all. Together we will make sure that no more Americans are condemned to die at the hands of our criminal injustice system. Add your name next to m
Read more

February 8, 2021   About Tim Services Media Center Legislative Work Dear Friend, Thanks for reading my Week in Review newsletter. You can sign up for my weekly updates and other issue-specific newsletters  here  . Please remember to follow me on  Facebook  ,  Twitter  ,  Instagram  , and  YouTube   for regular updates on how I am serving the people of South Carolina!   Pandemic Recovery: A Conservative Approach Last week the Democrats voted to put politics ahead of facts and science. In a vote series that lasted more than 14 hours, my colleagues on the Left blocked a number of amendments to a budget resolution that would have protected South Carolinians and people across this country suffering from the physical and economic fall-out from the coronavirus. I  introduced amendments  to protect our elderly people, get kids back in classrooms, prevent harmful tax increases, and stop an artificial minimum wage increase du
Read more

Friend, did you see the news? One of my first actions as a Congresswoman was to display a transgender pride flag outside my office. I did so to show the trans community -- which includes friends and family of mine -- that they are seen, heard, and not erased. Today, we must recommit our efforts toward protecting the rights of transgender Americans. Dangerous misinformation has been amplified by right-wing politicians and media figures, resulting in a disturbing series of state legislative actions across the country that target the healthcare and well-being of trans youth. Last month, I was named a co-chair of the Transgender Equality Task Force, an arm of the Congressional LGTBQ+ Equality Caucus that is advocating for legislative and administrative action to ensure that the trans community is treated with dignity and respect. I look forward to using this role to continue advancing equality -- because now is not a time where we can afford silence from allies. Millions of transgender
Read more

Robert, The United States has the worst mortality rate in the modern world, and Black women are three to four times more likely than white women to die from pregnancy. This Black History Month, I am again reminded of how racism and sexism have continued to dominate the healthcare system. Black mothers deserve equal access to quality, anti-racist, and life saving healthcare. Will you add your name to become a citizen co-sponsor of the Black Maternal Health Momnibus Act? This critical legislation will save Black pregnant mother’s lives. Click here to sign on → SIGN ON Black women time and time again have not been believed when explaining their symptoms, and oftentimes only have access to low quality healthcare. This month and beyond, we must commit ourselves to ensuring that the Black community has equal access to critical infrastructure such as healthcare, and Black mothers feel heard when seeking out treatment. The Momnibus Act would take important measures to protect Black pregnant
Read more

NAAGA: Your Second Amendment Rights are not Free

Get your ticket now for our International Women's Day event

Robert -- I'm excited to share that Amanda Gorman will be joining Nancy Pelosi, Chrissy Teigen, and myself for our virtual event on March 8th. I'd love for you to be there, too. Get your ticket now for our International Women's Day event on Monday, March 8th. This has been a difficult year, and I’m so grateful for events like these that have allowed us all to safely stay connected with one another. Grab your ticket now  and join us as we celebrate women from all walks of life.  Onward! Hillary        Onward Together 120 W 45th Street New York, NY 10036 United States Contributions or gifts to Onward Together Committee are not tax-deductible. You may give more or less than the suggested contribution amount (up to a maximum of $5,000 per calendar year), or you may refuse to contribute at all, without reprisal or being advantaged or disadvantaged in any way. Contributions to Onward Together Committee will be used for a political purpose. You're receiving this email becaus
Read more

Robert,  I wanted to make sure you saw the statement I released today. I have included it below.  Sincerely,    Senator John McCain  STATEMENT FROM JOHN McCAIN WITHDRAWING SUPPORT OF DONALD TRUMP   Phoenix, AZ -- John McCain issued the following statement today withdrawing his support of Donald Trump:  "In addition to my well known differences with Donald Trump on public policy issues, I have raised questions about his character after his comments on Prisoners of War, the Khan Gold Star family, Judge Curiel and earlier inappropriate comments about women. Just this week, he made outrageous statements about the innocent men in the Central Park Five case.  "As I said yesterday, there are no excuses for Donald Trump's offensive and demeaning comments in the just released video; no woman should ever be victimized by this kind of inappropriate behavior. He alone bears the burden of his conduct and alone should suffer the consequences.  "I have wanted to support th
Read more